I Feel The Love November/December 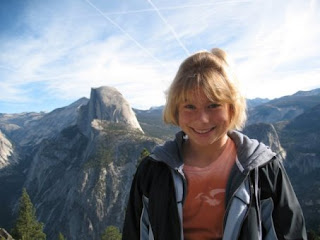 The Pediatric Oncology Unit at Kaiser Hospital (Oakland, CA)
will be the recipient of our handcrafted CHRISTMAS cards for the months of November/December.

Korrine Croghan was a vivacious 14-year-old girl who lived all of her life in Livermore, CA. She had a love for animals, sports, and most of all, family. On December 20th, 2007, Korrine was diagnosed with Choriocarcinoma with a germ cell element. Choriocarcinoma is a very rare type of cancer in teenage girls and inflicts less than 200 nationwide each year.  Although the cancer started in her left ovary, the cancer had spread to her right ovary, lungs and liver. After the removal of a cantaloupe sized tumor in her left ovary on December 21st of 2007, Korrine, endured 10 months of intense chemotherapy designed for adult men.

During the course of her treatment, Korrine suffered many complications. In early April of 2007, her liver began to bleed. After staying at Kaiser Oakland for almost two weeks, Korrine was transfered to UCSF and spent a month in the intensive care unit. The doctors at UCSF Medical Center were finally able to stop her bleeding liver, but, not before it filled her abdomen with 5 liters of blood that had to be drained via a tube inserted into her stomach. On top of that, both of Korrines’ lungs collapsed while undergoing a CT scan that almost took her life. Because of that, 2 liters of fluid needed to be drained off of her lungs with the use of another drainage tube. Throughout her treatment Korrine needed numerous blood and platelet transfusions. She had nosebleeds that lasted an hour on several occasions. At one point, she had 18 intravenous tubes running through her body filled with anti-bacterials, anti-fungals, nutrition, painkillers and chemotherapy. Korrine miraculously made it through those tough days at UCSF and returned to Kaiser Hospital in Oakland. She was finally stable and was released to go home in late June. Just as things were starting to look up for her, she suffered septic shock in July that forced her to go back into intensive care at Kaiser in Santa Clara for 2 weeks.

Korrine returned home in late July and went through imaging scans to see if the cancer had disappeared. The scans always came back good, but not great. In an effort to kill and stop the remaining cancer cells, she underwent an emergency round of chemotherapy in early September. Unfortunately, it did kill the remaining cancer and her doctors had run out of options.

Korrine spent her last days at home with her family reading books and loving on her cats and dog. She passed away quietly, at home, on October 27th, 2008. Through it all, Korrine had a positive attitude and never gave up or complained. Many consider Korrine a hero.

Korrine was a friend to many, including my cousin Alex.  It has been on my heart to be a part of a tribute for Korrine for some time and I believe this is the perfect time.  Korrine received treatment at The Pediatric Oncology Unit at Kaiser Hospital.

We will be making Christmas cards for the month of November and during the first week of December.  After all the cards are made, I will be sending them to Korrine's parents and they will be hand delivering them to the children who are spending this Christmas in the hospital.  They will be delivering them on behalf of Team KC (Korrine Croghan) and thanks to all of you! Please consider joining us for this project and spreading the word.

There are so many challenges out there right now asking for Christmas cards.  Now you know what you can do!  You can make a card with a deserving young person in mind!!  Doesn't that sound like a wonderful idea?

It would be fun to share our cards with one another, so please feel free to link a photo of your card to my blog before you put it in the mail. Click HERE

Thank you in advance to all my online crafting friends.  Let's make this a huge success for those who need to "Feel the Love!"
~Madison
Madison Madison at 9:34 PM No comments:

I Feel the Love Project

Promote Your Page Too

Madison
I am the president and CEO of the I Feel the Love Project. MISSION STATEMENT: Established in 2011, the I Feel the Love Project is a nonprofit charitable corporation designed to provide handcrafted greeting cards and gift cards to individuals, families, members of the military, and other groups of people currently experiencing a difficult time in their life/lives. The IFTL Project is committed to spreading love and encouragement to those in need through the selfless giving of others. Feel feel to grab my buttons